Are our inner demons really responsible for what appear to be evil thoughts, words and acts? 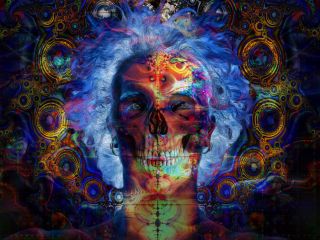 Source: “Inner Demons” by The Only New Number, Deviant Art, used with permission

Maybe it was the 1000th time I heard that occult explanation: “It must have been his [her/their] inner demons that made them do it!” that I felt the strongest impulse to scream. To cry out in a kind of ideological protest. Why? Simply because the wayward thoughts or behaviors all of us are prone to—and not just toward others but (oh-so-sadly) toward ourselves as well—almost always can be adequately understood without alluding to satanic forces insidiously goading us from within.

And really, is the notion that “inner demons” are mischievously or malignantly conspiring in our heads, wreaking unethical havoc in us, any different from the similarly non-psychological—and at least quasi-theological—alibi that “the Devil made me do it”?

Whether it’s merely thinking about performing some outrageous or shameful deed, or actually carrying it out, employing fabricated supernatural entities to account for blatantly unacceptable behaviors simply can’t withstand scientific scrutiny. And it also casts you into perilous moral—and even nihilistic—territory. For it suggests you’re not actually the agent of your actions, that something inside you, yet somehow alien to you, bears responsibility for your reprehensible acts. And although viewing misdeeds in this way can certainly get you off the moral hook, readily absolving you from any blame or guilt, it also carries with it the message that, not being responsible for your actions, neither can you do anything about them.

After all, you’re clearly a victim here, and by definition victims can’t help themselves. But, as I’m apt to point out to my therapy clients, the word “responsible” can be broken down into “response” and “able.” So, at least potentially, if you’re “able” to respond negatively to provocations, over time you can learn how to respond positively to them as well. 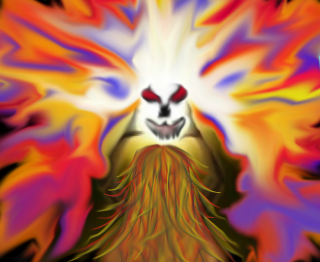 If you experience a strong desire to do something really depraved, it may feel like you’re possessed—as though your instincts or impulses are no longer under your voluntary control. But if anything gravely threatens to overwhelm your better judgment and “take you over,” that “possession” is much better appreciated as either (1) what Freud referred to as your amoral, pleasure-driven id, or (2) deep-seated rage from your past, rising unexpectedly—and exaggeratedly—to the surface because of some immediate, powerfully felt aggravation or affront.

So if you’re tightly “in the grip” of something, it’s really a recessive part of your own being that’s ensnared you and it’s probably a part so foreign to how you’d prefer to see yourself that you can hardly withstand the temptation to see it as not really you at all. In which case, for you to conclude that “something must have gotten into you” is almost irresistible. Yet at times we’re all capable of being governed by uncontrollable urges, and so end up being (to adopt yet another familiar expression) “our own worst enemy.” But note how this particular adage does attribute agency to the inward thoughts and feelings—and outward deeds—that defeat us. In short, the enemy within isn’t an obscure, supernatural force: It’s we ourselves.

So, to be more concrete, what does such presumably “devilish” behavior look like?

It could be a physical or (much more likely) verbal act of violence that’s extremely hurtful to another—that insults them, or makes them feel demeaned, stupid, humiliated, or worthless. Or it could be a violent behavior perpetrated upon one’s own self—a severely self-denigrating reflection, or even (far less commonly) an act of self-injury or -destruction. Cutting yourself, depositing yourself in front of an oncoming truck, jumping off a bridge, putting a gun to your head, etc. are all examples of being overtaken by deleterious (though hardly “demonic”) impulses. Much substance abuse, and addictions of all kinds, also fit this pattern of negativity, which can play out either as detrimental self-indulgence or harmful self-punishment. And they similarly derive, not from nefarious unearthly forces, but from a desperate need to escape a stress-saturated existence, a plaguing sense of guilt, shame, or despair, or a self-loathing sense of worthlessness.

Ultimately, the consensus of mental health professionals today is that the source of most—though certainly not all—so-called “evil” thoughts and behaviors is linked to growing up in a seriously dysfunctional family. This is characteristically a family where parents are highly critical and can love their children only conditionally (if at all), based on performance—and sometimes only superlative performance at that. The result is that the child comes to feel that they’re not good enough, and all-too-frequently that, whatever they do, they can’t be good enough. Having so many of their wants and needs ignored or denied, they may, self-disparagingly, also perceive themselves as undeserving. 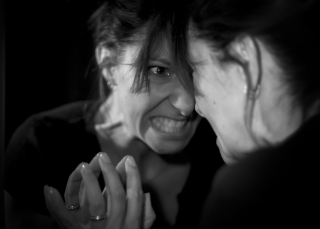 Laden with such negative parental messages throughout their crucial formative years, they’re typically either saddled with depressive, self-defeatist thoughts about themselves and/or the futility of their efforts. Or they’re full of  anger and resentment, and so harbor hostile feelings not only toward their caretakers but toward people generally. And—however unintentionally on the part of their parents—they’ve also learned through them not to trust others. And, suffused with self-doubt and -hatred, not to trust themselves either. So when they enter adolescence or adulthood, such a soured, cynical attitude almost ensures that they’ll fit in poorly with their environment, wander from one frustrating relationship to another, and act in ways that make both themselves and others miserable.

It might also be added that in their desperate need to get as much acceptance and approval (if not love) from their parents as possible, children growing up in such deprived, non-nurturing families tend, indiscriminately, to imitate not just the positive but also the negative qualities of their caretakers. (As in, “How could you not care about me? I’m just like you!”) So, for example, if their parents treated them cruelly, they might thereby have learned to behave cruelly toward others (e.g., witness the case of so many bullies).

Additionally, if their caretakers were deficient in the ability to love them (almost certainly because these parents didn’t receive it during their upbringing), they, too, will be limited in their capacity to give and receive (or maybe even recognize) this deepest of feeling states. And tragically, delinquent or destructive behaviors can thrive in a person who in childhood knew little to nothing of warm, caring attachment bonds.

In conclusion, almost all behaviors that we regard as so abhorrent as to be “devil-driven,” may simply represent an unconscious, misdirected effort on the part of the individual to rebel or retaliate against their original non-loving caretakers. The various examples I’ve employed should amply demonstrate that the underpinnings of acts conventionally described as coming from our “inner demons” aren’t supernatural at all: they’re psychological. 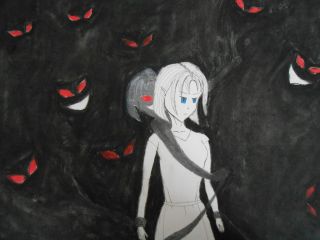 And—to further emphasize what I suggested earlier—the problem with an expression like “they must have been driven by their inner demons” is that it doesn’t really tell us anything. It doesn’t begin to illuminate the hidden impulses or motives behind behaviors that seriously harm not only the people perpetrated against but, alas, the perpetrators themselves.

Note 1: If you found this piece of interest, and believe others you know might also, please consider sending them its link.

—To be notified whenever I post something new, I invite readers to join me on Facebook(link is external)—as well as on Twitter (link is external) where, additionally, you can follow my sometimes unorthodox psychological and philosophical musings.

What Causes Relationship Anxiety And Is There A Cure?
Victims Of Narcissist Partners Recall What Happened To Them