It’s time for narcissism to be “rebranded”—enter “Rethinking Narcissism.” 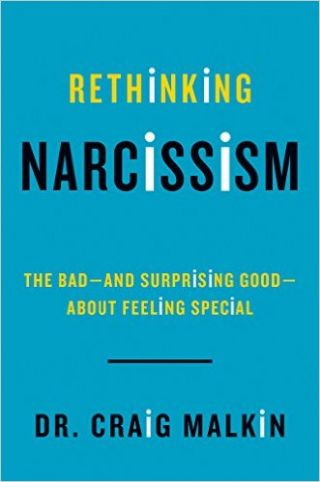 Are writers on narcissism a little too quick to declare this core personality attribute dysfunctional? And is it perhaps overdue—maybe long overdue—to generate a more nuanced perspective of a concept that in its popularization has become oversimplified? Not to mention being employed in a manner that can be unintentionally confusing or ambiguous. For in one way or another, elements of narcissism exist in all of us. And those seriously lacking in narcissism (as inhealthy narcissism) may be just as troubled, and have just as badly distorted a self-image, as those literally “super-saturated” with it (e.g., the condescending, super-grandiose braggart, Donald Trump).

This post takes its cue from, and is in fact a review of, Dr. Craig Malkin’s Rethinking Narcissism: The Bad—and Surprising Good—About Feeling Special (2015).(link is external) In shedding new light on the various paradoxes of narcissism, this excellent and much needed “re-introduction” to one of the most compelling psychological subjects takes optimal advantage of up-to-date clinical and academic research. In doing so, it presents a far more sophisticated way of understanding what in our humanity isn’t necessarily “evil”—or an all-too-human affliction. In addition, it offers much practical guidance on how to effectively deal with narcissists who are toxic, whose abusive behaviors threaten to turn our lives upside down (or already have!). And it suggests how we might temper our own tendencies toward unhealthy narcissism—habits and impulses that could end up interfering with our ambitions, goals, and personal/professional relationships generally.

It’s true, and profoundly so, that we’re all narcissists. Or put somewhat differently, that we all have a hard-wired, deeply felt need (call it an “innate drive”) to perceive ourselves not only as having value and importance to others but as personally unique, even “exceptional.” In a word, to view ourselves as special—and as deserving to be regarded this way. It’s important to add, however, that we do differ in the kind and degree of narcissism we embody, which can be explained on the basis of our temperament, how we were parented, and various social, educational, and cultural influences.

It’s really a Goldilocks sort of thing. If we have insufficient narcissism—what Malkin, alluding to the nymph rejected by Narcissus in Greek mythology, calls an echoist—we feel bad about ourselves, inferior, undeserving, and (self-effacingly) subjugate our wants and needs to others. If, on the other hand, we’re bedeviled by excessive narcissism, we’re so full of our admiration-seeking, arrogant, and boastful selves that we lack the capacity to give to, or genuinely care about, others.

But being somewhere in the middle of this self-love spectrum, though (objectively) somewhat overvaluing ourselves, we’re likely to be confident, self-reliant, and self-nurturing, as well as warm, kind and caring toward others. Versus, that is, being either insecure and self-disparaging, and so prone to anxiety and depression, or obnoxiously smug, entitled, and self-aggrandizing, Possessing just the right proportion of love for self and love for others—our self-relationship and other-relationships neither too hot nor too cold—we’re far more likely to be, as Malkin puts it, “happy, optimistic, [and] resilient.” We’re then likely to experience our lives as positively challenging, productive, and fulfilling. As the author further characterizes it (questioning much conventional wisdom on the subject): “Narcissism isn’t all bad. . . . Feeling special . . . can make us better lovers and partners, courageous leaders, and intrepid explorers. It can make us more creative, and it might even help us live longer.” 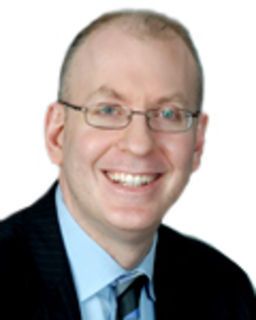 Consequently, within the broad parameters assessing levels of self-absorption, self-centeredness, and self-enhancement, it’s essential to Malkin that we determine precisely what’s healthy about our narcissistic proclivities, and therefore warrants further cultivation. As should be obvious by now, Rethinking Narcissism—though a relatively late entry into an area already teeming with articles and books on a subject ever more prevalent—breaks new ground in how comprehensively it illuminates this seminal dimension of personality. And not only does its author painstakingly examine the various degrees of narcissistic “specialness,” he also usefully distinguishes between extroverted,introverted, and communal narcissism—the last designation relating to one’s exaggerated pride in (not-so-selflessly) doing good for others.

Reporting—and expanding—on some of the most recent and thought-provoking studies on narcissism (including his own), Malkin’s book is itself “special.” And one of the things that makes it so is his extraordinary gift for illustrating essential aspects of narcissism through employing examples from his own clinical caseload. His many anecdotes and case histories not only corroborate his ideas and insights but also make them persuasively “real.” Written in a vernacular, conversational style, his work—without shying away from the complexities inherent in his subject—is yet readily accessible, and even for readers largely unfamiliar with narcissism’s sometimes bewildering intricacies.

Relatively short (its text portion barely exceeds 200 pages), Rethinking Narcissism (link is external)is yet surprisingly “long” in its exploring—vs. simply glossing over—a large variety of issues pertaining to its multifaceted subject. Scientist that he is (his academic affiliation is with Harvard’s Medical School), Malkin painstakingly seeks to elucidate facets of narcissism that have frequently eluded both therapists and lay people: Eluded them partly because narcissists themselves can be so adept at hiding these characteristics—and not only from us but from themselves as well. Which is one reason that this book should be of as much interest to seasoned practitioners as to those just wanting to know more about what makes narcissists tick (and so much tick them off!).

It can hardly be overemphasized that Malkin’s writing goes far beyond merely classifying (and mostly “de-pathologizing”) different kinds of narcissism. Here’s how it examines many topics pivotal to the subject, and considerably more than I can adequately cover in this review (such as how most—though not all—unhealthy narcissists can be prompted to change).

What’s below, adapted from the book’s table of contents, is a “schematic” of its topics:

Part I includes four chapters, each dealing with crucial matters of definition and characterization, as follows:

· How narcissism, through negative biases and misunderstandings, became a “dirty word”—and a so-called “epidemic,”

· Understanding, from 0 to 10, the entire narcissistic spectrum, and

· How to assess your own degree of narcissism through The Narcissism Test [alone worth the price of the book—though (with apologies to Craig Malkin, a fellow PT blogger), the author has already made this instrument available for free online.]

· The root causes of narcissism—from the inadvertent “breeding” of echoists to the regrettable cultivation of extreme, dysfunctional narcissists, and

· What’s wrong or bad about echoists, and even worse about pathological narcissists (who at their extremes are downright sociopathic).

· The various warning signs that you’re dealing with a problematic narcissist,

· How best to cope with—and potentially even help—lovers, family, and friends who may be disturbingly narcissistic, and

· How to effectively interact with narcissistic colleagues, co-workers, and bosses.

· Advice for parents in raising confident, yet caring, children,

· A final explanation on how living a life of healthy narcissism can be one filled with passion and purpose.

This synopsis of the book’s contents should suggest one of its greatest strengths: namely, the systematic and orderly exposition of its ideas—easy to follow and (with a little sustained attention) also easy to digest. In fact, the book’s well-organized presentation also extends to its detailed reference section. Divided into 12 segments, each one highlights the books and articles Malkin has made use of in preparing the book’s 12 chapters (as described above). And these bibliographical lists indicate not only the exhaustiveness of the author’s research, but also how well validated are his various contentions and conclusions.

In brief, Malkin’s highly readable book carries a surprising authority—certainly beyond that which might be expected from a book written in a style accessible to lay people with limited knowledge of the subject. And yet it’s also instructive to professionals already well-versed in it. Clearly, the author has done his homework. And as a result, anyone interested in this most intriguing subject must be indebted to him.

To conclude, if you’re to buy just one book on narcissism, (link is external)this is the one to purchase(link is external). Not simply because it’s so engagingly written, but because its coverage of this seminal personality topic is unusually comprehensive, without becoming frustratingly dense or weighed down by peripheral details. Moreover, virtually all of its points are convincingly demonstrated by actual life examples, which support its various claims about this so far-ranging subject.

It is a subject that’s long been as debatable as it is essential in understanding the often confusing complexities of human nature—and not only its deplorable vices, but some of its endearing virtues as well.

NOTE 1: If you learned something from this post and believe others you know might also, please consider forwarding them its link.

NOTE 2: To be notified whenever I post something new, I invite readers to join me on Facebook(link is external)—as well as on Twitter (link is external)where, additionally, you can follow my sometimes unorthodox psychological and philosophical musings.

Why You Need To Pray For Emotional Stability
How Can Compassion Improve My Life?