“It is hard for me to say stuff like that.”

A recent clinical encounter reminded me of an important point about the way many modern men experience their emotions and needs, and how this can have a dramatic impact on relationship quality and lead to all sorts of confusion and conflict. I have seen the themes unfold in similar ways in many different couples; I recreate a typical scene below.

Alicia*, a nurse practitioner in her mid-40s, entered individual therapy with a doctoral student of mine. She was experiencing high levels of distress, much of it centered on her relationship with Frank, her husband of five years, who worked as a carpenter. Alicia described Frank as having been warm and loving during the first few years of the relationship, but things had gotten bad over the past few years and now he was cold, detached, and prone to angry outbursts. The description was such that we felt it was crucial to see Frank and get his take on the situation. Although Frank was initially very reluctant, he eventually agreed to come in and share his version of reality.

At our initial meeting, he was guarded and resistant. However, by empathizing with his concerns about being ganged up on, and showing him quickly that we could help, by explaining to him why his relationship had gone sour and how it might get better, he bought into the process. It turned out that the therapy was quite successful in turning the vicious cycles around, and much greater levels of relational satisfaction and well-being returned to Frank and Alicia in a month or so.

One major issue that had to be addressed early was a fairly common one, especially with “traditionally masculine” men. It is what former APA president Ron Levant called “normative male alexithymia.”(link is external)

Before I define the term, consider the following exchange which took place during our first session: I had met individually with Frank for about 30 minutes, and had a sense of where he was coming from. When we came together for the couples work, I said to both partners, “One of the most important things for this relationship is to understand where each of you is coming from at an emotional level—that is, the level at which you feel appreciated, admired and loved, or vulnerable, rejected and hurt. Let’s take some time and share what each of you is experiencing at that level.”

After a brief pause, Alicia started in.

I glance over at Alicia, who is shaking her head in frustration. To speed the process along, I engage in a technique I call “directive empathy.” Directive empathy uses the skills of the clinician to guide the empathetic understanding of the individual’s inner experience and quickly conceptualize the situation. In this case, directive empathy was applied to the couple. It is crucial that this be artfully done. Because I had chatted with Frank, I knew where he was coming from. Although he was initially guarded, I was able to strike a good relationship with him fairly quickly, which allowed me to say things directly in a way that, if not done right, could have been very threatening.

Frank’s difficulty articulating his inner feelings, especially feelings like hurt or vulnerability—or needs to be held, sexually desired, or admired—is an example of what Levant characterized as normative male alexithymia.

Alexithymia is the clinical-sounding term for when someone has a lot of difficulty translating their emotional experience into words. Normative male** alexithymia refers to the fact that traditional masculine role socialization channels many men into ways of being such that their masculine identity conflicts with many emotions they feel and what they feel they are “allowed” to express (i.e., they will be shamed and will feel as if they are “not real men” if they express feelings of vulnerability, dependency needs, weakness, etc.).

This can create enormous difficulty in relationships because the key variable in guiding couples to come together—or driving them apart, if the need is not met—is each partner’s need to feel known and valued by the other. If either partner cannot put into words their feelings about not being known and valued, but instead hides, defends, or deflects such feelings, then the chances of disharmony and vicious relational cycles are greatly increased. 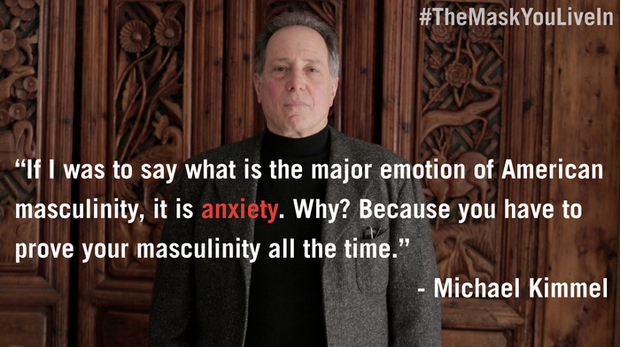 * As is always the case when writing about clinical encounters on my blog, all names and identifying information and details are changed. The above description represents an amalgamation of themes seen over many years in the clinic room.